Hollywood Celebrities and their Favorite Cigars

Hollywood superstars bring in the big bucks with the success of their movies. And what better way for them to celebrate than to light a cigar? Here are a few celebrity cigar lovers. 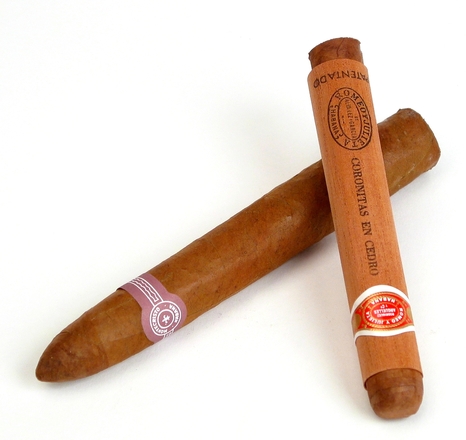 Stogies are a common companion for Downey in his photos. It’s been proclaimed that he prefers the Gurkha Grand Reserve and the Montecristo number 2.

Arnold has a long list of success. But Terminator tops it all. And with the money that came in with this franchise, Arnold can certainly spend nights and nights in The Grand Havana Room in Beverly Hills.

You can’t follow up Arnold without mentioning Sly. Rocky, Rambo and The Expendables are just some of his movie franchises. But he celebrates the success of his movies by lighting a Fuente Fuente Opus X.

Selleck has been a known cigar man for a long time now. He is said to collect Cuban cigars that were manufactured before Fidel Castro came into power. The Davidoff Special T and La Gloria Cubana are said to be among his favorites.

The Dude from The Big Lebowski says that he relaxes while hiking and looking as the sun sets in the horizon while smoking his favorite cigar brands like Fuente Don Carlos or Padron.

The best basketball player in the history of the NBA has had his photos taken while holding a cigar more than once. He clearly states that he prefers Cuban cigars over other brands.

Sean Carter, better known as Jay-Z, is one of the kings of rap music. He loves the leaf and is a huge Cuban fan. His preferred brands are Montecristo and Ramon Allones. Today, he has his own production smoke with the team at Cohiba called the Cohiba Comador.

Playing the ultimate Hollywood agent on film is one of the biggest accomplishments available in an actor’s life. When it comes to cigar smoking, he loves lighting up an Arturo Fuente from the Dominican Republic and El Rey Del Mundo from Cuba.

These celebrities love their favorite brands of cigars. And you never know who you just might see at Torch Cigar Bar.