The History of Tequila in a Nutshell

Tequila is one of the few spirits with equal appeal to drinkers and cigar smokers. Its origin is mysterious, but there’s no doubt that cigar aficionados prefer tequila with many of their favorite cigars. 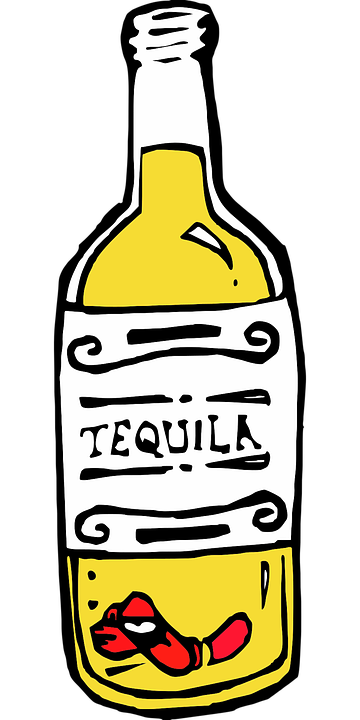 Tequila, contrary to popular belief, is not made from cactus but from the blue agave plant that primarily grows in the area surrounding the city of Tequila, Mexico. Tequila has become one of the world’s favorite spirits, attaining the kind of popularity and respect that have been bestowed on scotch and bourbon. While bourbon is officially known as the native alcohol of America, tequila has the same reputation in Mexico.

The Aztecs gave Tequila its start in the form of pulque, the fermented drink made from the sap of the agave plant. This beverage was essential in the Aztec culture. In fact, they even designated a deity named Patecatl as the god of pulque.

There are various and conflicting accounts of the origin of tequila production in Mexico, but it is generally acknowledged that distilling agave into a spirit formally began with the Spanish colonization of the country in the 1400s. By the middle of 1500, a trade route between Manila and Mexico was established, paving the way for the construction of the first large-scale distillery in Tequila in the state of Jalisco.

The commercial distilling of tequila formally started when the Cuervo family established a distillery in 1758. The Sauza family followed with their own distillery over 100 years later in 1873. Many small brewers took part in the burgeoning business of distilling tequila, but it was Don Cenobio Sauza of the Sauza distillery who discovered that the blue agave is the best source of sap for the production of tequila.

Around 1936, tequila found a new market—the United States. Because of Prohibition, American drinkers could not get hold of illegally produced whiskey in the country. Instead, they focused their attention on the spirit that was produced from Mexico’s agave nectar. The proximity of Tijuana to the U.S. allowed Americans to enjoy the bars in the area and their plentiful tequila.

An Irish bar owner in Tijuana accidentally invented a drink called Tequila Daisy, which became very popular with both Mexicans and Americans. Tequila Daisy is what is now popularly known as margaritas. The popularity of margaritas all over the world made tequila, its main ingredient, a high-demand spirit.

Because of the popularity of tequila, the government of Mexico decided to make things official by declaring the drink as the country’s intellectual property. Beginning in 1974, tequila could be made and aged only in certain areas of Mexico, and it became illegal for any country to produce or sell a spirit labeled as “tequila.” The Mexican government created the Tequila Regulatory Council to ensure the quality and promote the culture surrounding tequila.

For cigar lovers everywhere, tequila is an obvious pairing with their favorite cigars. It’s all the more sweet knowing a little bit about the history of this iconic beverage.

Torch Cigar Bar > Cigars > The History of Tequila in a Nutshell