What’s Inside of a Cigar Anyway?

Even if you love smoking cigars, you may not know exactly what is rolled up inside of your favorite cigar. Cigars are pretty straightforward. They are made of leaves—three kinds, in fact. Each of the three types of tobacco leaves contributes to the cigar’s overall quality. 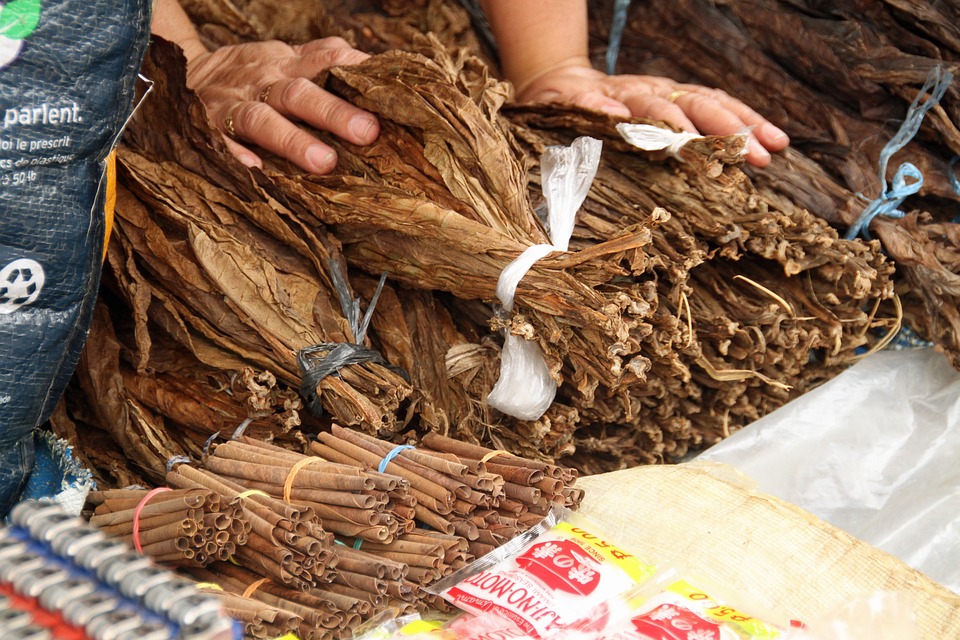 The outer leaf of a cigar is known as the wrapper. It covers the tobacco inside and forms the cigar’s public face. Wrapper leaves are available in various shades, each contributing to the distinct taste of the cigar as well as the quality of burn. The tobacco leaf that is used as a wrapper is stretched to ensure a leak-free seam for the cigar. To seal the wrapper leaf at the top of the head, a small amount of vegetable gum is used.

Q: What makes some wrappers darker than others?

The next part of the cigar is the filler. The filler leaves can be extracted from all parts of the tobacco plant. The base of the tobacco plant gives a light flavor. The center leaves provide mild flavor, while the leaves from the crown provide richer texture. The leaves from the different parts of the plant undergo curing, fermentation, and aging.

Q: What is long filler?

A: When you see a long-filler cigar, it means that the whole tobacco leaf is used in the cigar. Long-filler cigars are considered to be higher in quality than short-filler cigars.
The leaf that is used as a binder goes around the fillers to create a bunch. The central vein of the binder leaf needs to be removed in order to create two halves. The leaf from the base of the tobacco plant is a better binder.

Q: Can binders and fillers come from the same plant?

A: Both the filler and the binder leaves can be sourced from the same plant, and they undergo the same cultivation processes.

Cigar rolling is a complicated process, with each part handled and treated delicately to produce the best quality cigar possible. The next time you enjoy your favorite cigar, you’ll know a little more about what went into its creation.

Torch Cigar Bar > Cigars > What’s Inside of a Cigar Anyway?