How Cigars Were Born

A cigar is essentially a cylinder of dried and fermented tobacco, rolled in a variety of sizes and wrapped in a tobacco leaf for smoking. Cigars are bigger than the typical cigarette and take longer to smoke. Aficionados consider cigars the finest and best way to enjoy tobacco. 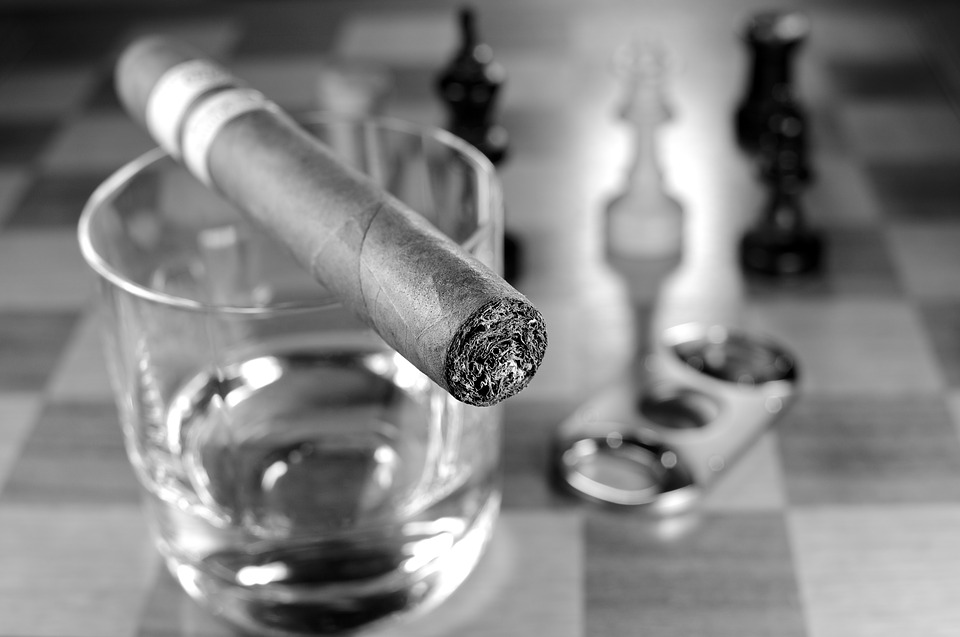 Cigars come in various sizes and shapes. The standard cigar shape is round-headed with parallel sides. Perfecto is a cigar with a pointed head and tapering sides. Panatella is a straight, long, and thin cigar. Cheroot, usually made in India or Asia, is an open-ended cigar.

Cigars also vary in color. A set of initials, designating colors, is stamped on the side or the bottom of a cigar box as follows: C C C is Claro (light); C C means Colorado-Claro (medium); C means Colorado (dark); and C M stands for Colorado-Maduro (very dark). The darker the tobacco leaf, the stronger the flavor.

The natives of Cuba were probably the first people to roll cigars. Columbus and the subsequent Spanish and Portuguese explorers brought back tobacco leaves, tobacco seeds, and the practice of rolling and smoking cigars to Europe. Cigar smoking and cigar factories became popular in Europe toward the end of the 18th century.

The making of cigars starts with the cultivation of tobacco. Tobacco plants are covered for protection from the sun. It takes several months for the tobacco leaves to mature. Matured tobacco leaves are harvested and cured to develop the characteristic aroma. During the curing process, chlorophyll in the leaves breaks down and is replaced by carotene.

Cured leaves are sorted by size and color, then tied into bundles that are kept in large casks called “hogsheads” from six months to five years for the fermentation process. The aroma and taste of the leaf develop during fermentation. The leaves are stripped of their stems; otherwise the cigar will not burn evenly.

The final stage of cigar making is the rolling, which can be done either by hand or by machine. Fine cigars are rolled by hand.

Cigars are manufactured all over the world. Cigar tobacco is grown in Connecticut, Massachusetts, and parts of Vermont. It is also grown in countries including the Philippines, Ecuador, Honduras, Nicaragua, Mexico, Indonesia and Cameroon. Most people agree that the finest cigars in the world still come from Cuba.